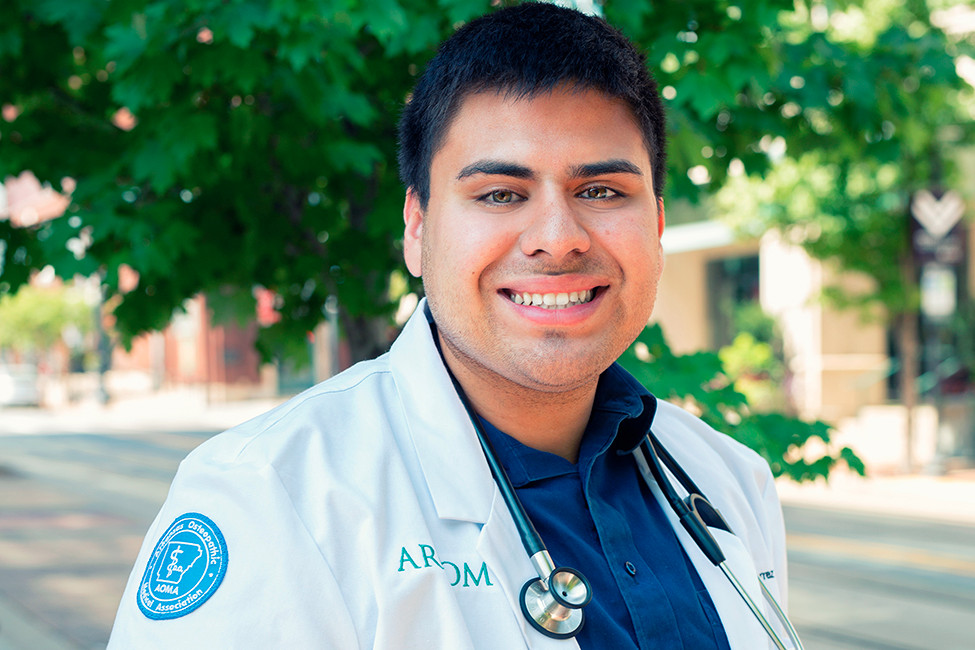 He had always excelled in the sciences, and when the new Arkansas College of Osteopathic Medicine opened near his home, the next step in his education became clear.

He used scholarships to earn his undergraduate degree and loans to enter graduate school, but Henry makes sure his education is worth the cost. He typically attends class until 3 p.m. and studies until midnight.

Henry says graduate school taught him to value time, and when he graduates, he wants to work in a hospital and continue learning new things to better treat his patients. “I am grateful for my family and friends that help me and support me as I go through the program, because things do not slow down here,” Henry said. However, he advises students that an investment like graduate school is the best thing in the long run. “The greatest investment is what you put in for yourself.”

"Graduate [school] made me value time more. I do not want to waste time and to try to make more out of what I do."

Some colleges have combined undergraduate and graduate programs, so you can get your bachelor’s and master’s degrees together in just five years.

THIS OPTION IS FOR YOU IF...

What You Should Know

Cost
The average cost of graduate school per year is $18,720, according to a study from the AccessLex Institute and Urban Institute. However, programs vary widely. An MBA might run $19,120 annually while a master’s in the medical field is closer to $23,970* per year.

Admission Requirements
Most graduate programs have a minimum GPA requirement, a minimum score on a standardized test such as the GRE, LSAT or MCAT and a bachelor’s degree.

See more ways of Taking It to The Next Level.